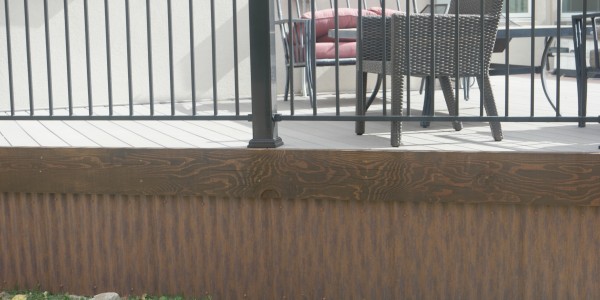 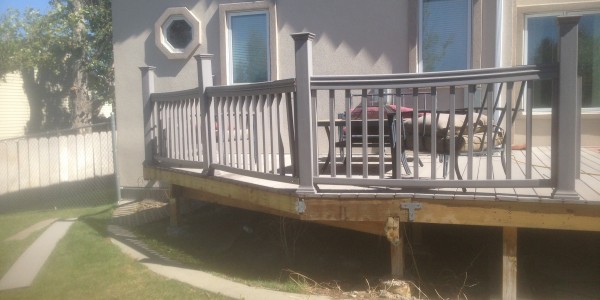 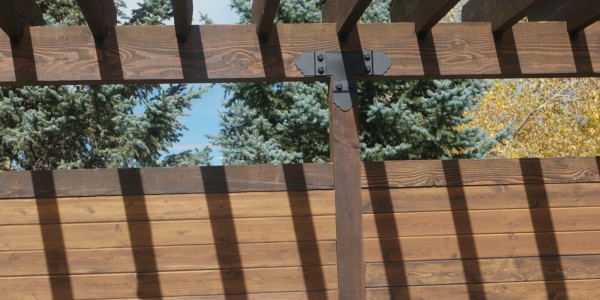 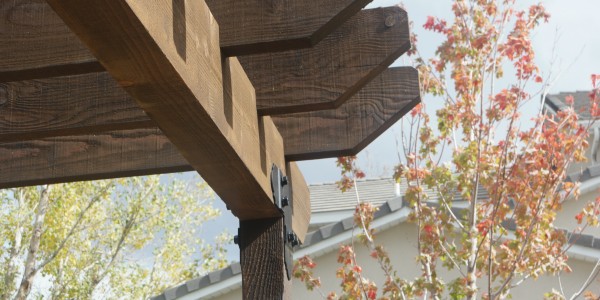 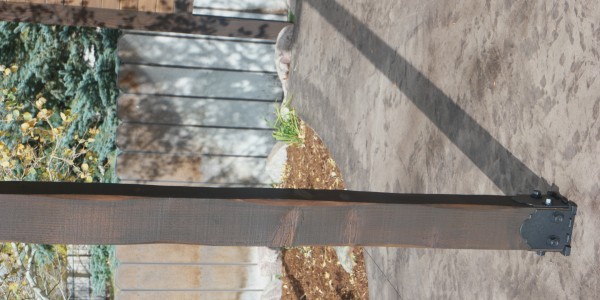 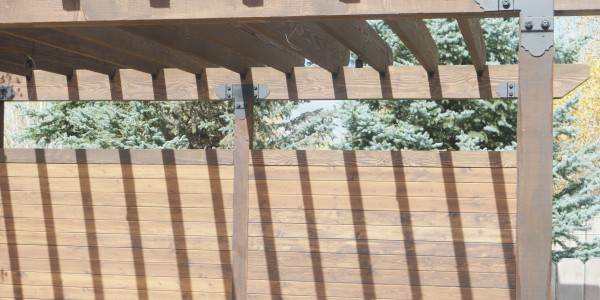 Deck and pergola with a tongue and groove half wall

This project started as just the rough sawn pergola with hewn posts.  We set three posts on the north side 3’ in the ground and concreted them in. Those posts sat roughly 3’ lower then the rest of the pad the pergola stood on so we set them first and let them set up. Meanwhile we built the rest of the pergola and stained it back at the Crowing Rooster shop and then assembled it on site.  Then we use the black OZCO brackets to finish out the pergola.

The wall was built out of 2″x4″ redwood and then had 1″x6″ tongue and groove and we added pre-stained pine for vines to grow on.

As the project was wrapping up the homeowner asked about her deck and we took to fixing it to match the pergola and make a new stair exit off towards the pergola as the existing decks stairs only faced south. The original railing and deck fascia material was all old first generation composite and is extremely heavy. When we pulled the railing of, the post almost fell down as the railing was the only thing holding the posts up. All the posts and joists had been attached with 16d nails and had rusted out and pulled away. We used exterior grade torx lags and screws to reattach everything correctly.  We had to set new posts as the original deck builder had cantilevered the deck joists over a beam and set the posts and rails to that which over time caused the deck to sag and become very un-level.  We stripped the old railing and lattice they had on the bottom from the ground up to the deck , dug holes to set the new  posts on concrete now, re-leveled the deck, built new railing systems using black post sleeves and a much more light weight fortress flat black railing. Then we used new rough sawn fascia that was again stained back at the shop. New stairs were constructed of redwood and rough sawn as well.  We framed the bottom with redwood 2″x4″ to keep from rotting and wrapped the bottom with bridger steel corrugated metal.